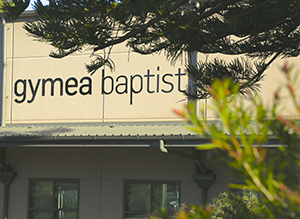 Here's how to find us

What is the Church?

What is the Church?

It is the clear teaching of Scripture that our relationship with God is not merely as individuals.

The community aspect of Christian experience is what we call the church. However, we believe that the church is more than a social club for Christians. It was established by Jesus as an ongoing witness and testimony of the change that the Holy Spirit has made in our lives. This change is so strong that even barriers of gender, nationality and social status are wiped away (Galatians 3:28). It is also the vehicle for the ongoing ministry of reconciliation which was given to us by Christ (2 Corinthians 5:18-21).

Three images of the church found in Paul’s writings imply the qualities of a church. The three images are interlocked: the people of God, the body of Christ, and the temple of the Holy Spirit.

This picture of the church emphasises God’s initiative in choosing us . This is consistent with God’s election of Israel whom he did not select out of any number of already existing nations but which he created for himself. This picture carries several implications with it:

This is Paul’s most extended image of the church and therefore has plenty of rich and meaningful implications for us:

The Holy Spirit brought the Christian church into being on that first Christian Pentecost recorded for us in the early chapters of Acts and continues to work within it to the glory of God. In the Spirit is life and this life will impart his qualities to the church – the fruit of the Spirit. The Spirit brings power to the church, equips those within the church with the necessary gifts to accomplish the work and makes the church holy and pure for the day of Christ.

What is a Baptist Church?

Perhaps the best way to introduce what makes Baptist churches distinct is to look briefly at their history since it is out of a historical context that the distinctives came about. The Baptist denomination was birthed in the aftermath of what is known as the Protestant Reformation that began a whole new era in Christianity.

The primary concern of the reformers was to reform the doctrine and practice of the church. Since there was a wide conviction of how far the reformation should go there were any number of variations from the very Catholic form of the Church of England to the starkness of the Swiss Reformed Church and everything in between. The story of the Baptists is tied in with the Puritans who felt that the reformation in England hadn’t gone nearly far enough and sought to further purify the church.

A more radical group within the Puritan movement, the Separatists, felt that reform from within was impossible and sought to create a new church, an action that led to their persecution.

Though the Baptist movement has no giant founder such as a Martin Luther or John Calvin, many consider John Smyth to be the first Baptist (the most famous Baptist is probably John Bunyan who wrote Pilgrim’s Progress while in prison for preaching without a licence). Smyth, an ordained Anglican priest, was sympathetic to the Puritan movement before casting his lot with the Separatists.

He soon became the leader of a group of ministers who were in trouble for their Puritan beliefs. When James VI of Scotland became James I of England he resolved to make the Puritans conform to the Church of England. Smyth and his little flock fled to Holland where they continued to study the Bible and were finally led to the belief that adult baptism was the true biblical model. They acted upon this discovery and re-baptised themselves in late 1609. It is at this time that Thomas Helwys arrived on the scene. It was Helwys who would do as much as any other to mould Baptist beliefs. He was also one of the first to die for his beliefs when he died in prison in 1616 after returning to England.

The congregation he left was known as the first General Baptist Church.

Though the first Baptists held many of the common beliefs of other Reformers, such as the primary authority of the Bible for determining belief and practice, the priesthood of all believers (to which we will refer again later), and the importance of preaching, they also held a number of beliefs that made them distinct.

Apart from their belief in adult baptism by immersion, in which they differed from the main reformers, the doctrine that got them into the most trouble was their assertion of total religious liberty through the total separation of Church and State. Since the Christian emperor Constantine in the fourth century Church and State had been inseparably entwined and the separation which the Baptists advocated was considered as treason.

Other doctrinal distinctives were the need for the individual to respond in faith to the work of God in order to be saved (not just become part of the church) and the general atonement of Christ (in which Jesus died for all humanity not just the elect).

One final distinctive that gave the Baptist movement its own unique flavour was their belief in local church autonomy; each local church was free to use and develop its own style, language, and ministries. Autonomy soon led to Baptist churches that held to the particular atonement of Christ (in which Jesus died for the elect only) and to debates over open or closed communion (who can partake of communion – all who profess to believe or only accredited members).

1) The priesthood of all believers

This understanding influences the organisational form of Baptist Churches. All Baptist Churches are governed congregationally; in other words, since we stand as equals before God each of us has a responsibility to listen to God for his direction in our lives and in our church.

It is the belief in the equality of all believers before God that also guides how the church ministries are run. Individuals who are gifted by God to provide leadership to his church are empowered by the members of the local church to do so. This is equally true of pastors as it is of elders, deacons, and any other position of leadership. How the roles of pastor, elder and deacon work here at Gymea will be discussed more fully below.

We believe that each individual must make a faith decision to follow Jesus as Lord and Saviour.

We believe that each and every Christian is commanded by our Lord to make a public profession of faith in the act of baptism by immersion. This is called believer’s baptism. Therefore, children, whose parents are committed to raising them in a Christian manner, are not baptised but dedicated to the Lord in the hope and belief that they will one day make an individual profession of faith and be baptised.

We believe that Jesus instituted a way of remembering him in the sharing together of the bread and wine; symbols of his sacrifice for us. We encourage all who profess Jesus as their Lord and Saviour to share in the Lord’s Supper regardless of church background.

5) The authority of the Bible

We believe that the Bible is God’s inspired and authoritative word to his people. By inspired we mean that the words that the biblical authors wrote were the words of God and as such can be considered authoritative. The Bible has the right, therefore, to command how we are to live and act in relationship to God and others.

We believe that each Baptist Church is a celebration of diversity and may differ from other Baptist churches in style, language, and ministry. Each church holds its own constitution, hires its own pastors and sets its own budget and direction. These differences, as long as they are within biblical guidelines, are to be appreciated and enjoyed.

Since local church autonomy is a Baptist distinctive it might seem odd at first that there is a denominational headquarters. The Baptist Association of Churches of NSW & ACT provides several services for the combined Baptist churches. Individual churches choose to work together with the Association in order to train leaders, to support missionaries (Global Interaction), and local ministries such as the Inner City Mission in Sydney.

Association connections also give the church one unanimous voice in local and state government. It is through the Association that we are connected with Baptists worldwide through the Baptist World Alliance.

The direction and activity of the Association is largely determined at the annual assembly meetings that are attended by delegates from each Baptist church. 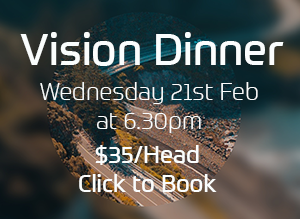 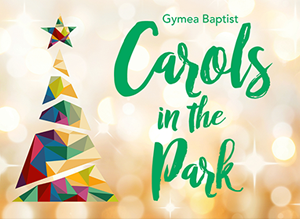 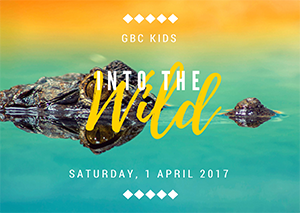